There are many advantages of living in or traveling to rural areas, but one potential drawback is the weak or zero Internet connection. One of our users, Terry Owen, created a creative way to strengthen the WiFi signal in a remote area on the eastern side of the Sierra Nevada mountains in California. We want to thank him for letting us share his brilliant idea in our blog section. 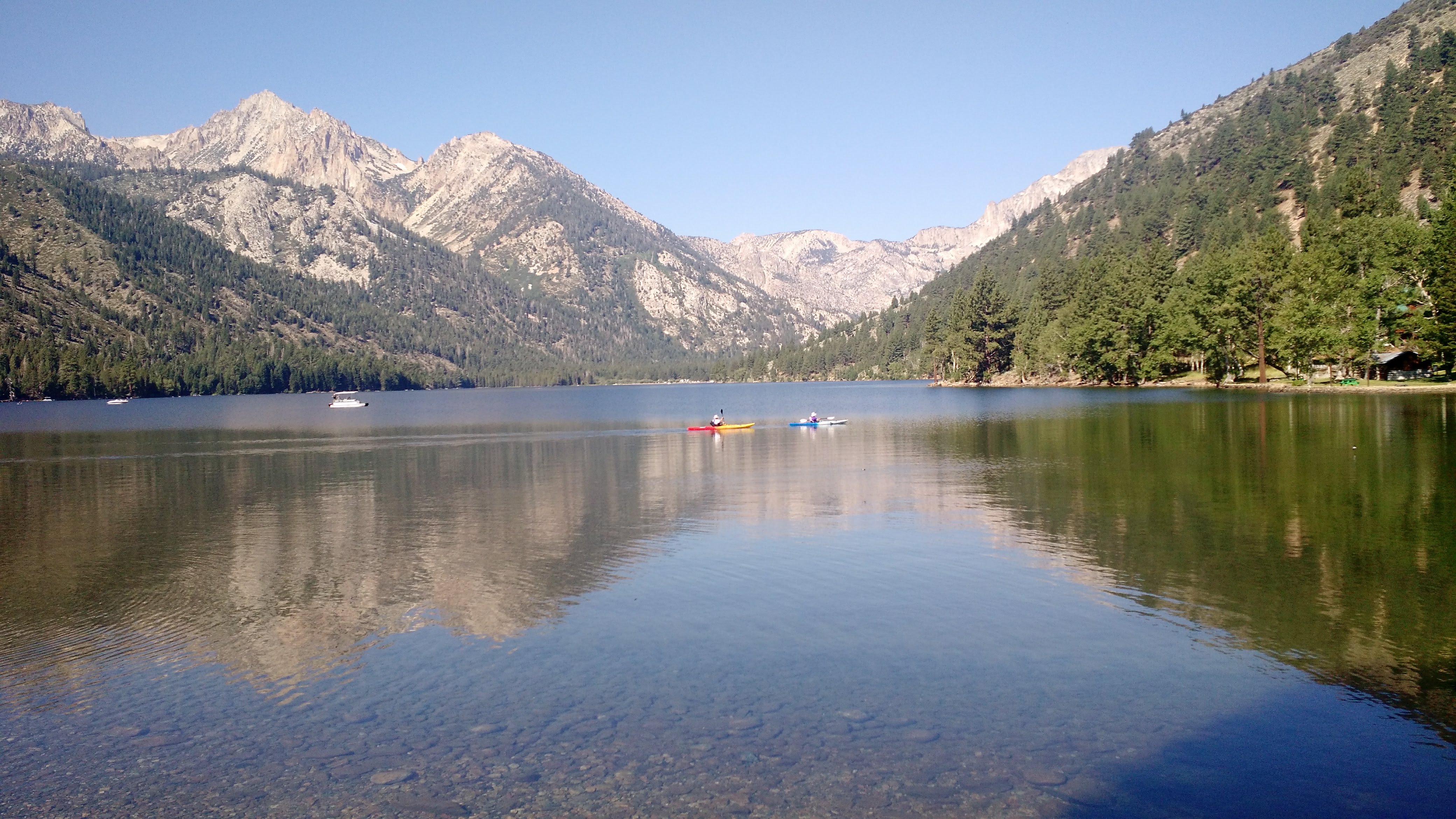 Every summer, he gathers with his elementary school friends at a remote cabin for a week. The cabin has no mobile service, electrical power and communication grid, and needs to be reached by a boat. There is only AM radio available at night, and no FM radio can be heard. A few years ago, a commercial campground located across the lake installed a paid WiFi system that requires a login page. He aimed to connect to the WiFi system from the cabin by using as simple as possible technology and cost. 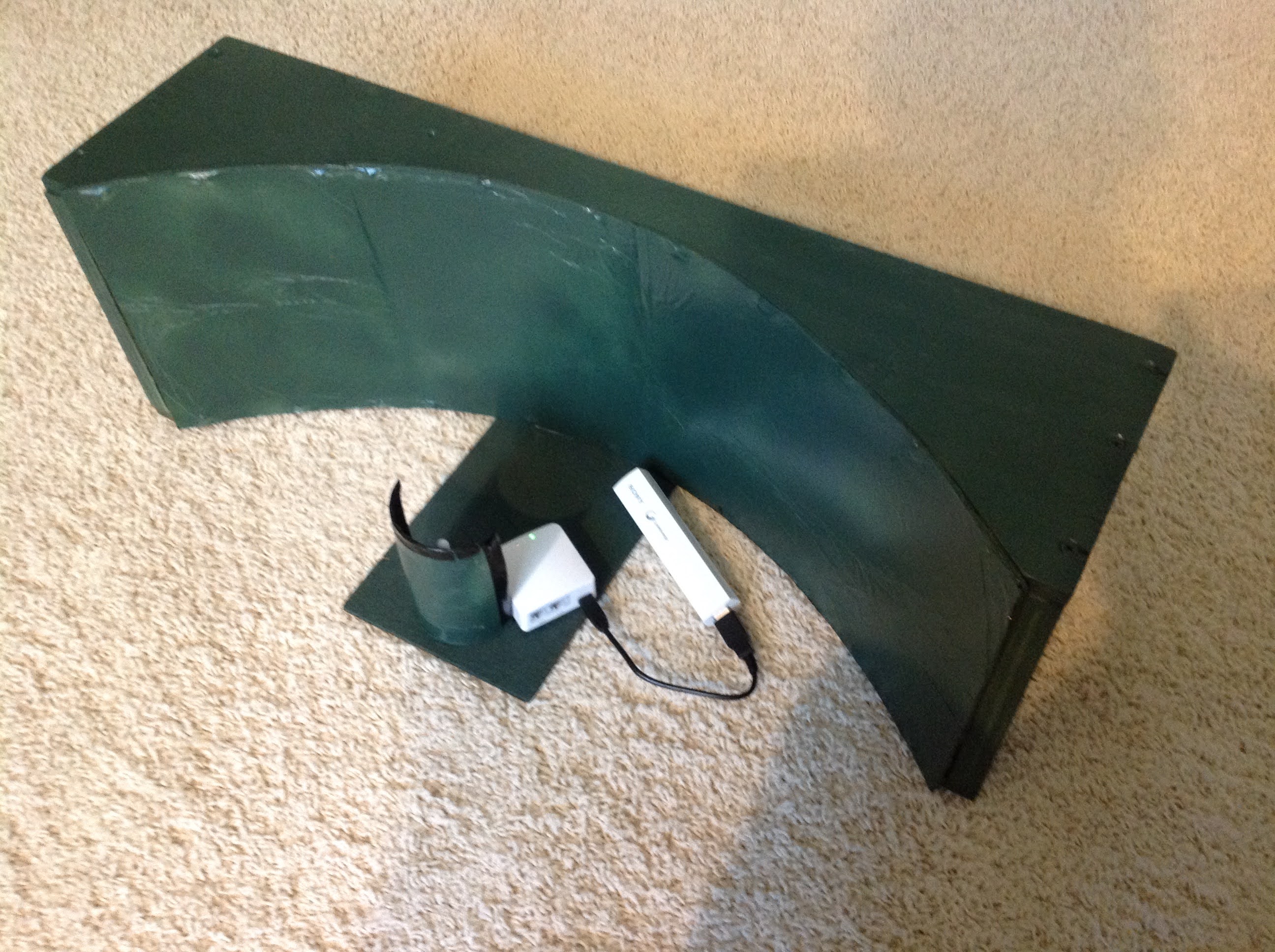 Because of that, he made a parabolic antenna with AL foil and plywood with our White (GL-AR150-Ext) router. The green curved surface behind is a parabolic antenna reflector. The reflector collects enough energy and focuses the energy on the White (GL-AR150-Ext) antenna. With the homemade antenna and the router, the signal strength was adequate to support a Google Voice phone call. He also received two bars signals by using a WiFi analyzer app and speed tests showed about 1Mbps. Generally, two bars correspond to between -65 and -70 dBm with the app. Bear in mind that the system that he connected with was only a 2.4GHz one. He would like to remind the readers that using a 5GHz connection is not ideal, since the path loss would be higher because of the higher frequency. 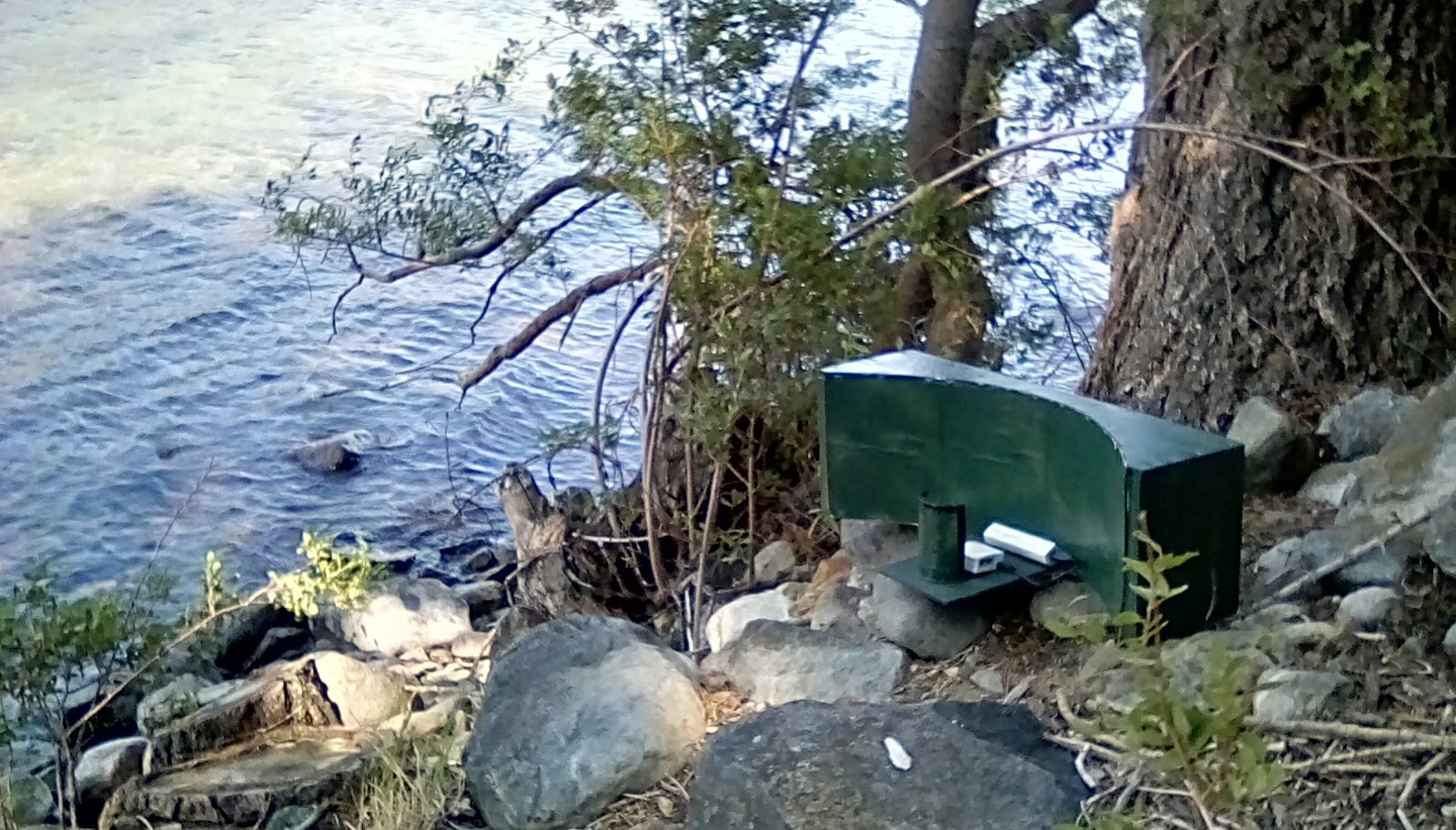 He wanted to make a system that requires little skill to set up and use. Since the cabin is in a very scenic location, the antenna needed to be very low profile. Painting it green helped achieve this. No one else in the group has technical skills so using a router to create a LAN with an easy connection made sense. The WiFi system in the campsite only allows one device at a time per account. Using this router removes that limit. 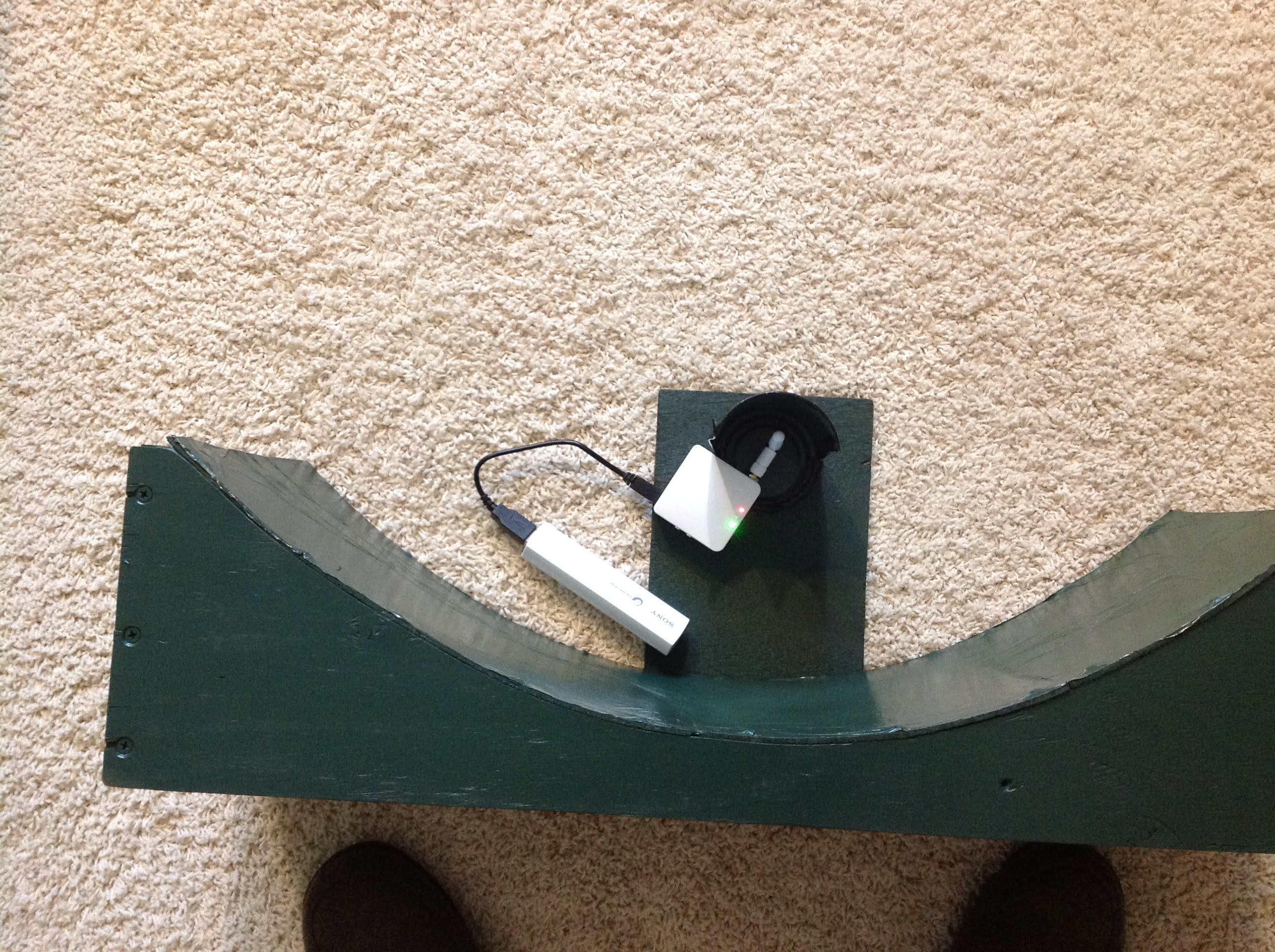 He designed and made this DIY at home in about an hour or less from aluminum foil covering a wood frame. The focal length of the reflector is 6 inches. The large reflector is about 9 inches high and 24 inches wide. The small reflector is made from a soup can, about 3 inches in diameter. He watched a Youtube video that a soup can could boost WiFi signals and decided to give it a try. And it turned out to be correct! The antenna is placed at half the radius or 3/4 inches. He also provided a Youtube video on how to draw the parabolic shape perfectly.

Terry is also kind enough to answer some questions for us, so we can get to know him better. He also let us know why he purchased our White router.

Can you tell us a little about your background?

I earned my amateur radio license while in high school in 1960. During that time I built much of my own radio equipment teaching myself some electronics. In college, I earned BA and MS degrees in physics. I worked as an experimental physicist in radiation detection, spectroscopy, and fast pulse detectors for LASERS for seven years. I returned to school and earned an MS degree in electrical engineering. For 27 years I taught electronics, electrical engineering, and physics at the two-year community college level. I did some broadcast engineering on the side for several years along with working in major companies like Intel and Tektronix during summers. Since high school woodworking has also been a hobby.

What device did you use and how? 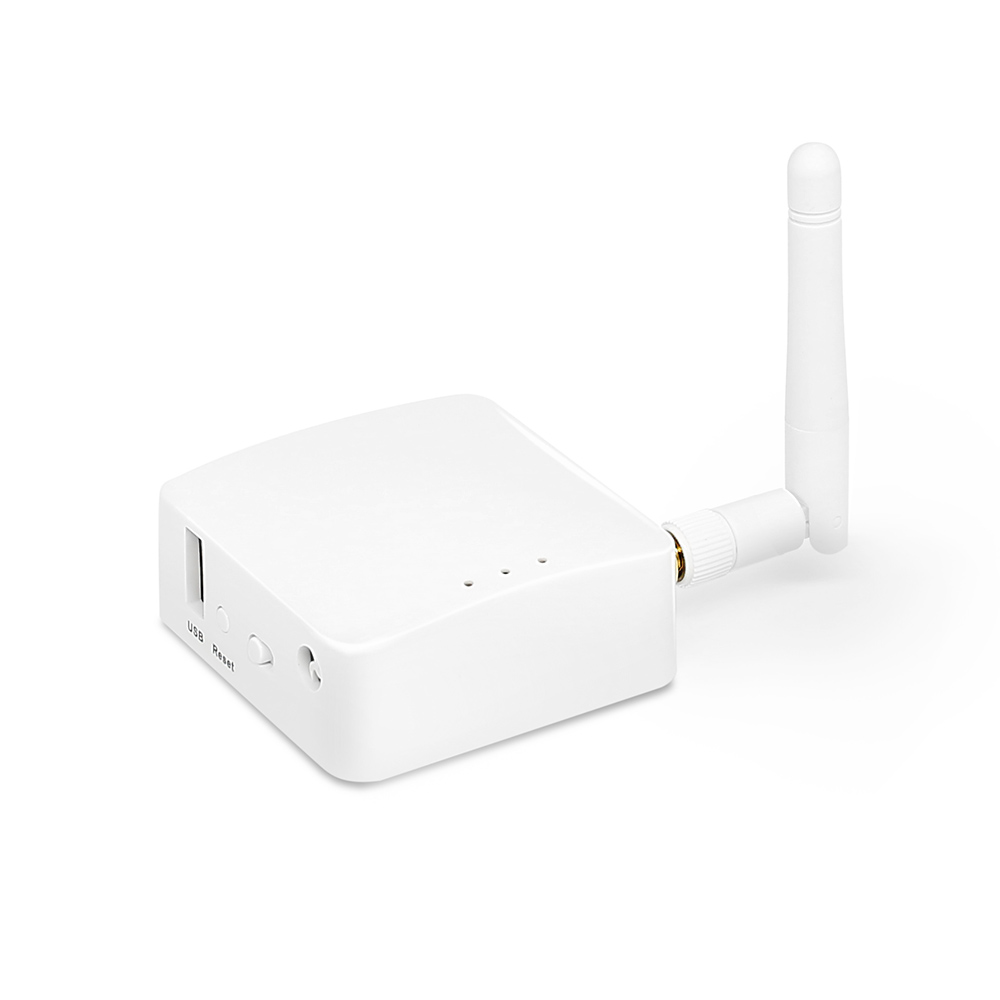 To make the connection to the WiFi system I needed a device with an external antenna, that could be powered by a battery, was small in size, and low in cost. It also needed to handle the captive portal login page. After surveying available devices I settled on the GL.inet AR-150-Ext travel router. This router meets the needed criteria with an external antenna and is low cost. A feature that helped was the ability to clone the MAC address of a connected device.

Why did you select our device over the others available on the market? 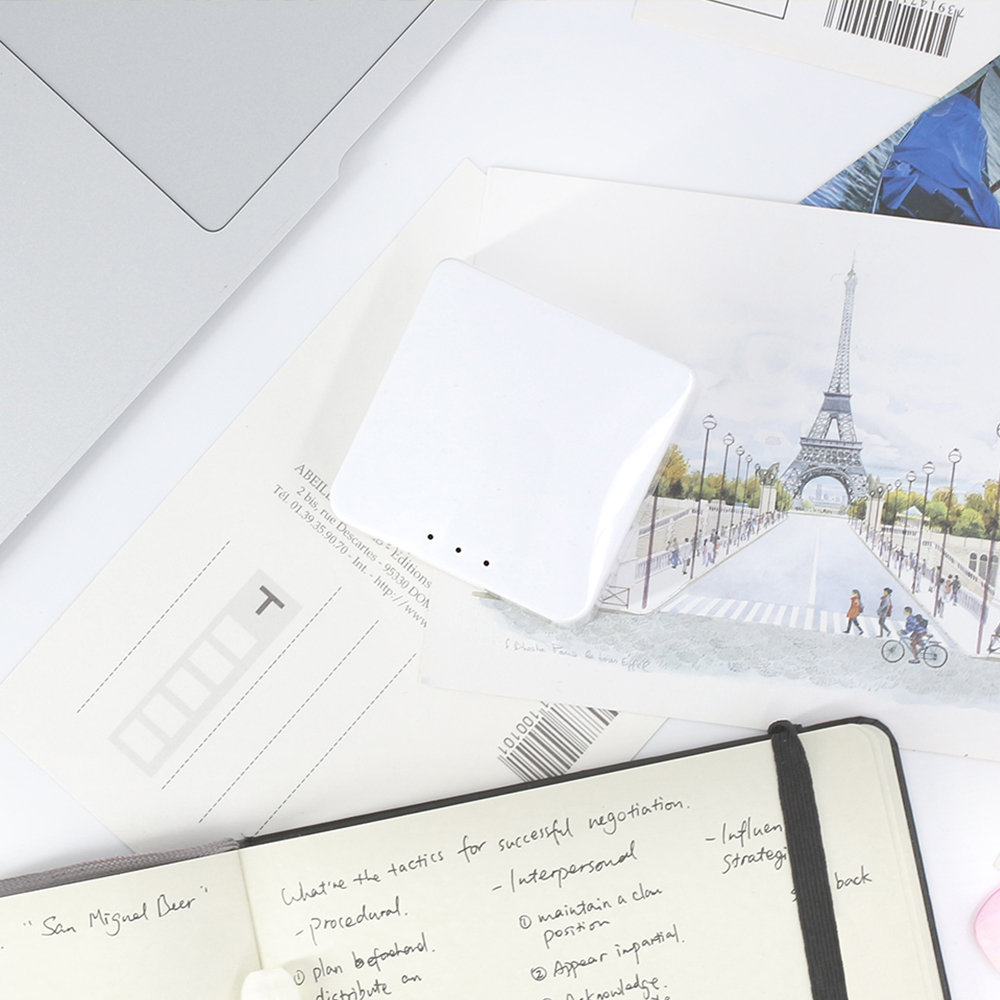 In this project, Terry used White as his router. White is very handy and travel-friendly (39g or 1.41Oz only!), it is your best choice to access the Internet when traveling, hiking, or camping. There are 4 ways to access the Internet with White, (1) with cable, (2) as a repeater, (3) with USB modem, and (4) tethering. As Terry mentioned, White uses open-source firmware, OpenWrt, it is good for you to customize and optimize your own routers. Same as our other products, White supports 30+ OpenVPN or WireGuard VPN services. It can keep your data secure and safe anywhere and anytime. To protect your security and privacy, we collaborated with Cloudflare to provide encrypted DNS over TLS as well. White also comes with 4 versions, the one that Terry was using is GL-AR150-Ext with external antennas. You can also choose the one that comes with PoE only or both PoE and external antennas.

We are a leading developer of OpenWRT pre-installed wireless routers and world-class solution providers, offering quality services of smart cities, data privacy protection, and enterprise IoT. We partner with like-minded companies around the globe to provide phenomenal products and services. We aim to build a smarter lifestyle. For more information, visit gl-inet.com, or connect with GL.iNet on Facebook, Twitter, and GL.iNet’s Blog.

About The Author
Ruby Lo is a Hong Kong-based Digital Marketing Specialist at GL.iNet. As a technology and cybersecurity lover, she is passionate to share her ideas and tips with the visitors. Connect with her on LinkedIn.