Building a Small Office Wireless Network in a Co-working Space 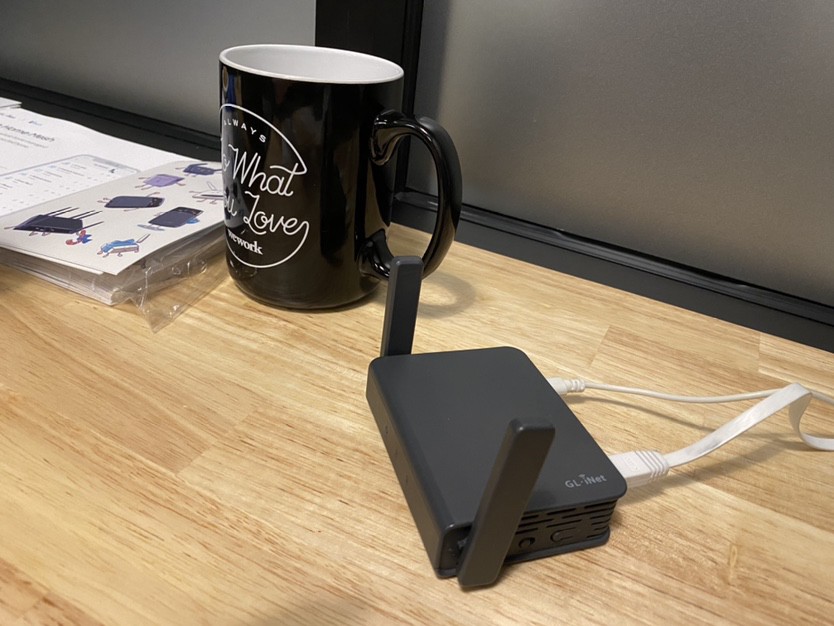 Nowadays, many co-working spaces can offer different sizes of offices for the fast growing start-up companies. These office communities usually offer a free wireless network for people working there. The free wireless network might not seem so secure as you think. Previously, it’s confirmed that the wireless network in some well-known co-working space is not trustful because of the easy-to-guess Wi-Fi password across all the locations around the world. Periodically changing passwords would also be a good practice to improve security. However, if your start-up is dealing with sensitive data in a co-working space sharing with many strangers, it’s better to build a private office network for your business.

A private network for a small local team

GL.iNet has some perfect wireless routers for small businesses to choose from. You can buy one of these pocket-sized Wi-Fi routers and get it plugged into the wired network they provide. The travel router Slate (GL-AR750S-Ext) developed by GL.iNet is one of the popular choice for building small office Wi-Fi. It can support 40 to 50 connecting devices simultaneously. Also, when you cannot find an Ethernet port for plugging the router, you can set up a wireless repeater to the public wireless network in the co-working space. Once the router connects successfully, you don’t need to re-enter the credentials for your other wireless devices (e.g. laptops, phones or tablets). These OpenWrt routers allow users to set up better passwords, encryption, and authentication. You can also use a virtual private network (VPN) software, which encrypts all the traffic passing through the entire network. GL.iNet routers support more than 25 commercial VPN service providers for you to choose from. You can also create a captive portal for your office guests who need Internet services.

Working remotely in one secure network

GL.iNet offers the GoodCloud S2S (Site-to-Site) solution for SMEs to customize their network needs. It’s designed for small business people to bring their private networks while business traveling. It provides a simplified SDN (Software-Defined Network) for multiple office collaboration with minimum investment while keeping the same level of security, elasticity, and automation.

You need to have at least two GL.iNet routers to complete this network architecture. One is placed in the office as a VPN server, and the other as a VPN client is with you for remote working. The two routers communicates though a unique VPN channel you create to keep the data secure. The solution works well with most of GL.iNet routers.

Even for small businesses, it’s still common to have teams located in multiple locations. To make sure secure team communications, GL.iNet routers with its GoodCloud technologies can help you to expand the private network according to your business needs.

To simplify the network set-up process, GL.iNet also has a delicate mobile APP for small business owners to save time and hassles in reading instruction papers or getting tech experts for help.

Getting the GL.iNet App via Apple App Store and Google Play Store

To learn more about how to build a private network for your business, you can visit here.