[Hong Kong, November 8, 2018] GL Technologies (Hong Kong) Limited (or GL.iNet) today announced that it has been named a CES® 2019 Innovation Awards Honoree for Slate - a Gigabit Wireless Router for Security-savvy Travelers. The announcement was made during CES Unveiled New York, an invite-only tech event bringing together top media, exhibitors and industry leaders for a sneak peek of the products and trends expected at CES 2019, which will run January 8-11, 2019 in Las Vegas, NV.

An annual program that celebrates outstanding design, the CES Innovation Awards recognizes honorees across 28 product categories. A panel of judges, including designers, engineers and members of the tech media, reviews submissions based on design, functionality, consumer appeal, engineering and how the products compare with competition. 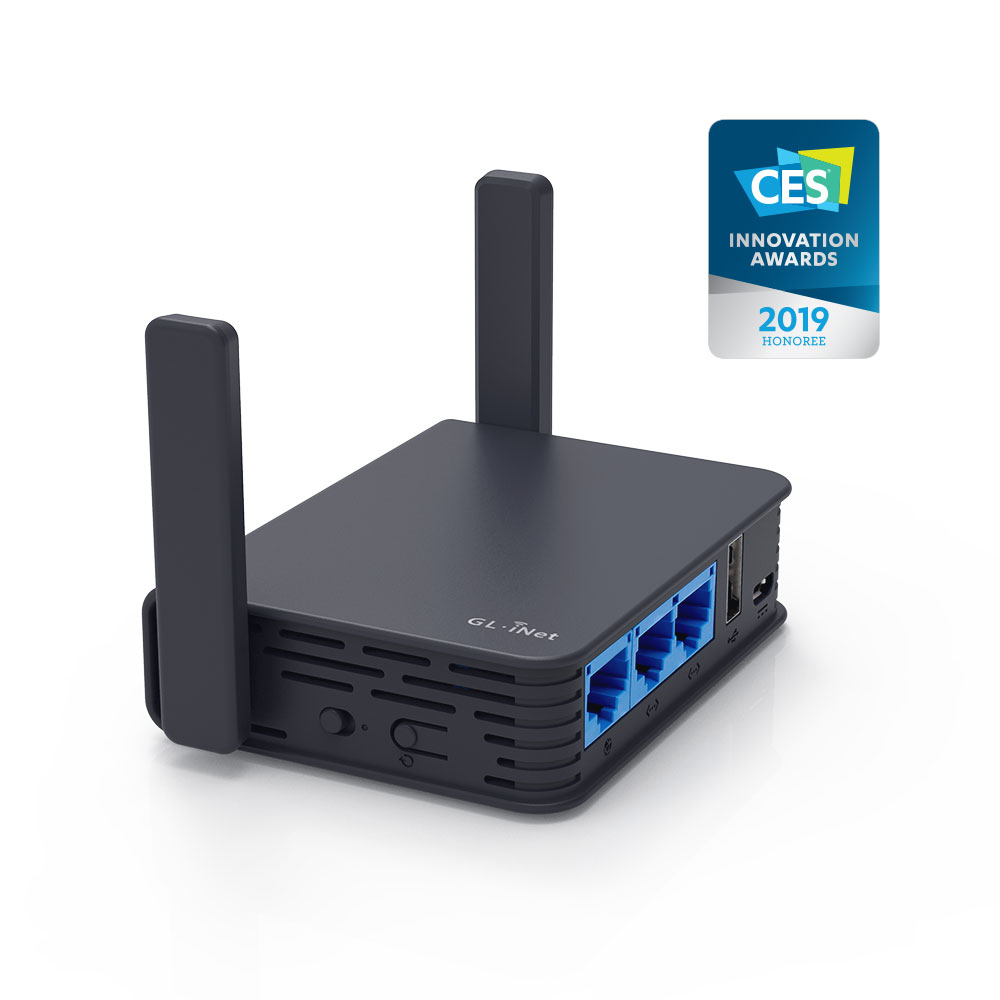 It’s common for a frequent traveler to use Wi-Fi in public places. The problem with using public Wi-Fi is that you are inviting a whole host of different security risks. Such as Man in the Middle attacks, when a hacker can get in the middle of your connection, essentially eavesdropping on everything you do; Malware distribution that exploits software vulnerabilities, slipping malware onto your device without you ever knowing; and Malicious hotspots that trick you into connecting to them, providing hackers access to your computer. It doesn’t mean you have to gamble with your security while using public Wi-Fi. What you need is Slate, a Gigabit wireless router for security-savvy travelers who want to secure their data wherever they are.

Besides OpenVPN, we also pre-install WireGuard in Slate router, a modern VPN that uses cutting edge cryptography. It is a much faster security protocol than OpenVPN. WireGuard is based on a concept called Cryptokey Routing. What is more, Slate supports 25+ commercial VPN service providers.

With Slate, people can bring all their workplaces together with a single, secure private cloud created by VPN technologies. They do not need to worry about changing their network when they change their workplace. Users also won’t need to reconfigure and reconnect all their devices because they are all connected automatically when using Slate.

We added Cloudflare DNS over TLS as a new feature to Slate. It is previously only possible with professional modification in most OpenWrt routers, however, the Slate comes with this feature baked in; it’s as easy as flipping the toggle in the user interface.

“It’s our honor that the Consumer Technology Association has recognized our work in applying open source technologies to enhance personal cybersecurity wherever people go by using Slate, a gigabit wireless router for security-savvy travellers,” said Dr. Alfie Zhao, CTO of GL.iNet. “We are proud to be named a CES 2019 Innovation Awards honoree, further validating GL.iNet’s ability to deliver a smarter solution to secure today’s wireless devices as well as the more and more complicated cybersecurity issues of the future Internet of Things.”

The CES Innovation Awards are sponsored by the Consumer Technology Association (CTA)™, owner and producer of CES, the world’s largest and most influential technology event. CTA has been recognizing achievements in product design and engineering since 1976.

GL.iNet’s Gigabit travel router Slate will be on display in the Innovation Awards Showcase at the upcoming CES 2019. The complete list of CES 2019 Innovation Honorees, including product descriptions and photos, can be found at CES.tech/Innovation.

Registration for CES 2019 is open. For the latest news and show announcements, visit CES.tech. 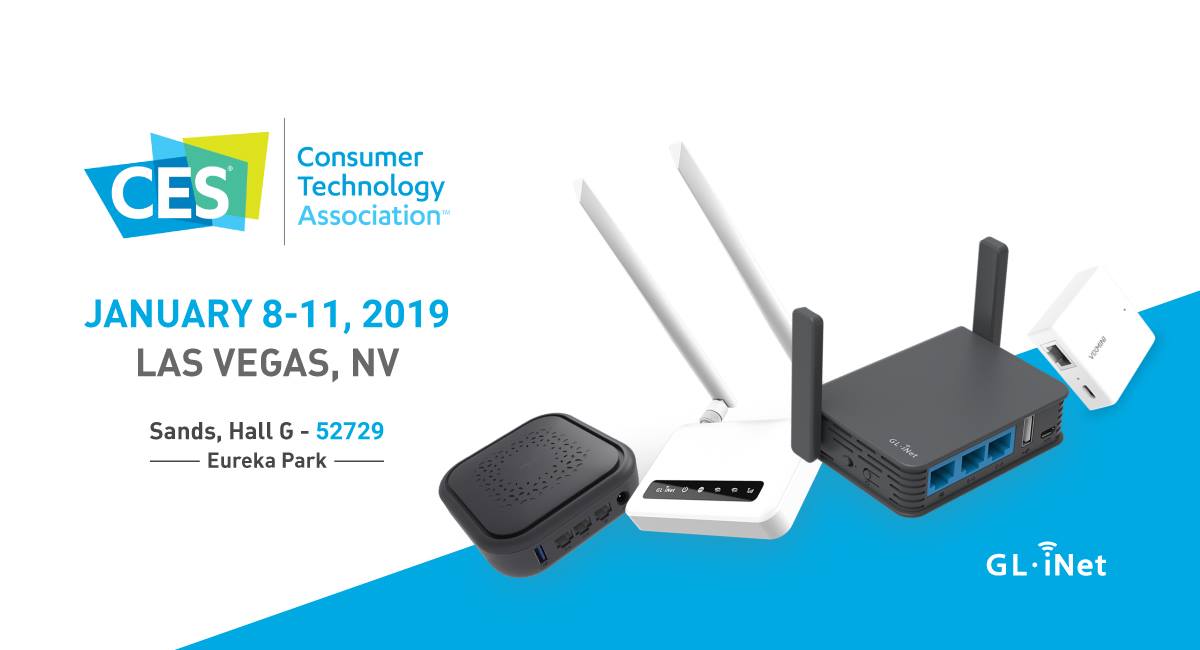 We are a leading developer of OpenWRT pre-installed wireless routers and world-class solution provider, offering quality services of smart cities, data privacy protection, and enterprise IoT. We partner with like-minded companies around the globe to provide products and services with exceptional quality. We aim to build a smarter lifestyle. We will showcase more new innovative products and solutions at Booth No. 52729 in Eureka Park for CES 2019 Las Vegas.

CES® is the world’s gathering place for all who thrive on the business of consumer technologies. It has served as the proving ground for innovators and breakthrough technologies for 50 years-the global stage where next-generation innovations are introduced to the marketplace. As the largest hands-on event of its kind, CES features all aspects of the industry. Owned and produced by the Consumer Technology Association (CTA)TM, it attracts the world’s business leaders and pioneering thinkers. Check out CES video highlights. Follow CES online at CES.tech and on social.

Consumer Technology Association (CTA)™ is the trade association representing the $377 billion U.S. consumer technology industry, which supports more than 15 million U.S. jobs. More than 2,200 companies – 80 percent are small businesses and startups; others are among the world’s best-known brands – enjoy the benefits of CTA membership including policy advocacy, market research, technical education, industry promotion, standards development and the fostering of business and strategic relationships. CTA also owns and produces CES® – the world’s gathering place for all who thrive on the business of consumer technologies. Profits from CES are reinvested into CTA’s industry services.