It is undeniable that technological advancements in the 21st century have eliminated both physical and nonphysical barriers, which impeded access to information. One of the main benefits of technological development is the widespread availability of Wi-Fi. Currently, Wi-Fi is easily and freely accessible to users in most public spaces. The availability of Wi-Fi allows the user on-the-go, such as business travelers and tourists, to connect to a home or office networks, ensuring a seamless transition during their travels. But how secure are public Wi-Fi networks?

According to Alex Hern of the Guardian, security protocols currently used by public Wi-Fi networks have been hacked by cybercriminals or broken by researchers before. This implies that public Wi-Fi networks expose wireless internet traffic to attacks or malicious eavesdropping. Cybercriminals continue to craft novel attack techniques to access personal information of users that were previously assumed to be securely protected by encryptions. The information and data commonly targeted by cybercriminals include intellectual property data, passwords, and numbers of credit cards, emails, compromising photos and chat messages, and so on. Also, cybercriminals can manipulate or inject malware into data transmitted over public Wi-Fi connections.

HIPAA Journal asserts that incidents of injection of ransomware into mobile devices via Wi-Fi networks are on the increase. Previously, electronic devices were used to inject or transfer ransomware into corporate network systems. For example, in 2013, Target’s corporate network was held on ransom after cybercriminals injected ransomware into mobile devices of employees and later transferred to the retailer’s network. Currently, cybercriminals are using the same route but in a different direction by injecting ransomware into public Wi-Fi networks and transferring to mobile devices of users. In most cases, users unintentionally download a Trojan disguised as a legitimate file. The Trojan downloads ransomware by exploiting unsecured Wi-Fi connections or browser plugins which encrypts the files containing critical information. The information is held until criminals release the decryption key after receiving ransom payment from affected users. A perfect example of this scenario occurred in 2017 after cybercriminals from Russia targeted data and information of hotel guests in Europe.

As Wi-Fi networks become more readily available and easily accessible, the obligation to protect users’ private information is shifting toward the users. All users must understand the risks posed by public Wi-Fi networks and take appropriate steps to protect themselves. Fortunately, users can protect their information from cyber-threats by using portable Wi-Fi privacy routers, such as Mudi offered by GL-iNet. Network traffic from PCs and smartphones of users is routed through an encrypted tunnel creating a virtual network. VPN server encrypts packages entering the tunnel from public Wi-Fi to users’ private routers masking their locations with the location of the VPN server. Public Wi-Fi is routed into Eth0 of the VPN server, leaving via wg0 enters into the VPN tunnel and channeled into wg0 of the router where it is dispersed by wlan0 as a secure private Wi-Fi network. Secure private Wi-Fi allows users to access information anonymously, easily, and safely from a remote location. 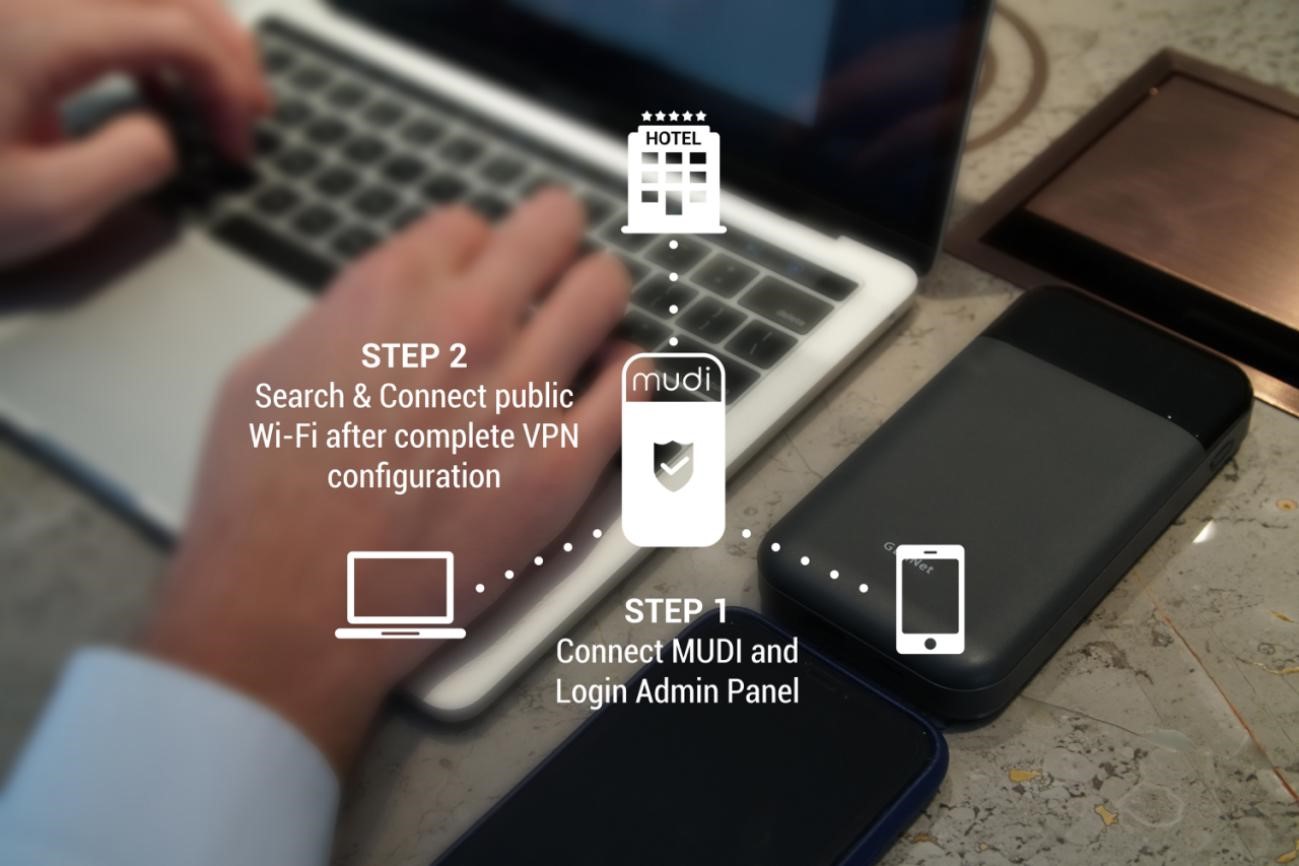 Mudi strikes a perfect balance between the protection of users’ information, anonymity, and user-friendly design. It is designed with several security features to offer protection against common threats when connected to Wi-Fi, such as man-in-the-middle attacks. The router utilizes WireGuard, a crypto-routing device-based Virtual Private Network (VPN) technology, to offer state-of-the-art cryptography allowing for fast, simple, and advanced functions than other Wi-Fi routers based on L2TP, IPsec, and SSH. Another feature is the Domain Name System (DNS), which validates resource records and offers protection against DNS leaks. Mudi also has protocols that support multiple open-source VPN vital for the protection of information and data of users. Also, Mudi is pre-installed with The Onion Router (Tor) service to protect users’ anonymity when they explore the Internet. Users can easily switch Tor on and off using a button to encrypt and bounce communications randomly through a network of relays run by volunteers from around the world. Using Tor, volunteers can conceal the identity and browsing data of users from surveillance and traffic analysis by separating identification and routing. 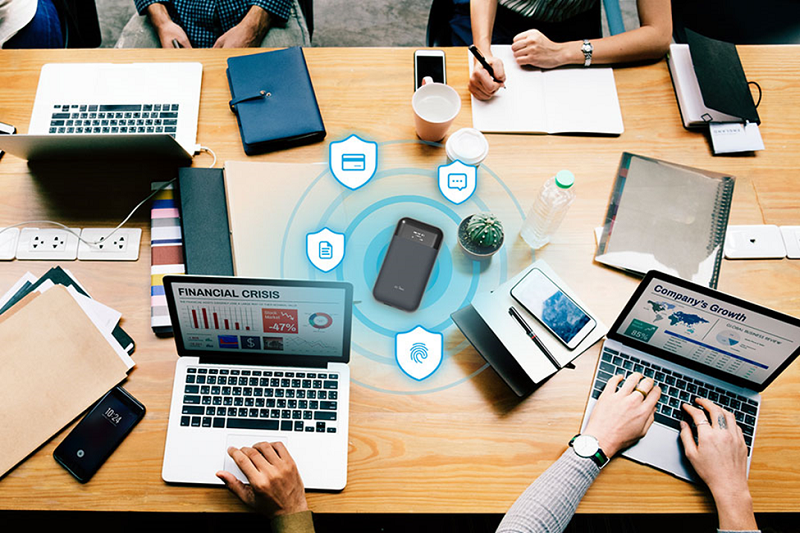 Mudi can be used in the office to offer protection to sensitive information (Source: gl-inet.com)

Mudi has built-in 7000mAh battery and supports over 25 VPN service providers allowing users to work or play securely from anywhere and anytime. The router can be configured to act as a VPN server enabling remote access of information. It can be used at home or in the office to secure sensitive information from cybercriminals. Additionally, Mudi can also be used to check the security system of smart homes remotely by the users. The router is portable and replaceable if it is damaged or lost and is based on the OpenWrt open-source platform allowing for flexible expansion. It supports up to 128 GB MicroSD card for storage of large files and supports the 4G LTE network in case of unreliable Wi-Fi connectivity attaining Wi-Fi speed of 300Mbps (2.4G) and 433 Mbps (5G).

Users should avoid connecting to public Wi-Fi networks. Based on this assessment, portable Mudi privacy routers offer the most secure option to access your home or office server during long travels.

GL.iNet is a leading developer in designing, manufacturing, and marketing of advanced wireless routers and Wi-Fi solutions for domestic and commercial use. We offer a great selection of Wi-Fi routers that feature cyber security, smart home automation, smart city, Internet of Things, Internet control, big data, mesh network and more. Powered by cutting-edge technology to offer our customers an unparalleled level of network security and optimized network control.