Have you ever thought about how to protect your personal data online? Have you ever imagined changing your online geographic location can level up your gaming experience? They are all possible, with the help of a VPN. A virtual private network, VPN is an encrypted connection over the Internet to ensure safe transmission of personal data.

In short, yes. You need a VPN. It provides you an encrypted tunnel to ensure secure data transmission. This is especially important for travelers and for those using public WiFi networks, like coffee shops or airport WiFi. Public WiFi networks are extremely convenient for hackers. Trust me, you don’t want any of your personal information leaking out on the Internet.

VPN is especially handy when you are using public WiFi networks like in cafes | Photo by: Caleb Minear

Hackers don’t discriminate against any network, even your home or enterprise wireless network can be the victim of a cyberattack. From business owners to online shoppers, people often need to handle different customers or personal data, such as credit card, address, bank account, etc. A VPN comes in handy to protect you from any data breaches.

Apart from cybersecurity, using a VPN can unlock any geographic restriction as well. It can not only help you to save money when booking flights or hotels but also level up your gaming experience with Nintendo Switch. By changing your IP address to a specific location, your overall uploading time would be faster. Your gaming experience could be enhanced by optimizing the speed and stability of your Internet. 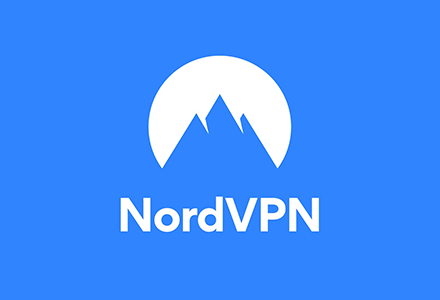 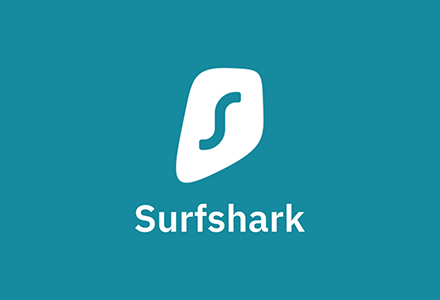 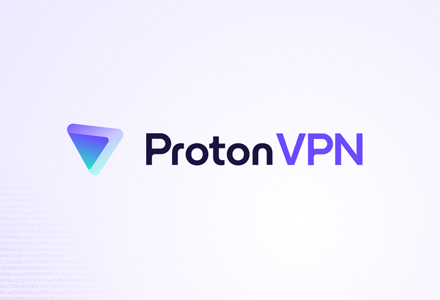 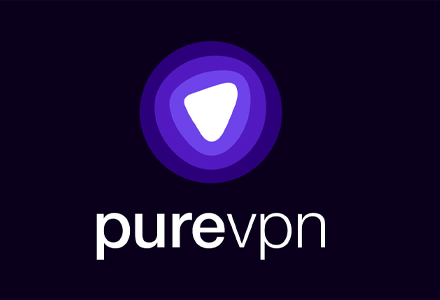 NordVPN was founded in 2012 by four childhood friends. It is now one of the most well-known brands in the VPN field, used by over 14 million Internet users around the world.

One of the advantages of NordVPN is its massive number of VPN serves, you can choose between 5,459 of them! It also offers a no-log VPN service, which means they don’t store your connection timestamps, session information, traffic data, etc. So it is extra safe on protecting your digital data. It comes with a double VPN that routes your traffic through two VPN servers, encrypting your data twice. NordVPN has a special feature with Tor (The Onion Router), which provides an extra security of a VPN tunnel. It adds extra security and privacy to you by providing NordVPN CyberSec, an advanced solution for blocking ads and suspicious websites.

Due to the fact that Netflix blocked most of the VPNs to protect their producers, some VPN services simply gave up the war with Netflix. Still, the SmartPlay feature of NordVPN helps users to securely access movies and TV shows. At this moment, Netflix is still available for NordVPN users when they connect to certain servers, like the US, the UK, Japan, etc that are listed on their website. However, this cat-and-mouse game is still playing between Netflix and all the VPNs. So you should always stay up-to-date with the information when you consider purchasing a VPN service.

Nevertheless, NordVPN revealed that one of its servers was hacked in March 2018. Luckily, the data breach was limited, since it didn’t contain any user information like usernames or passwords. It shows that NordVPN won’t store any user-identifying data. As a result, NordVPN remains on the top among other VPNs.

Founded in 2018, Surfshark is the only VPN service that allows unlimited simultaneous connections.

What surprised us the most about Surfshark is their unlimited simultaneous connections, which is perfect for enterprises or big families. It also doesn’t monitor, track, or store your data with a strict no-log policy. To protect your privacy, they provide a private DNS & leak protection. In case your VPN connection drops, Surfshark offers a kill switch feature, therefore, your data and information are never exposed in non-VPN settings. One special feature of Surfshark is Whitelister (split-tunneling), which gives you the ability to make only some of your traffic go through a VPN tunnel while allowing specific websites to reach the Internet directly.

We know that everyone likes Netflix. Surfshark is a Netflix-friendly VPN service that is accessible to 15 different Netflix libraries, including the famous USA Netflix. Of course, the war between Netflix and VPNs won’t stop in a short period of time, so we recommend that you should always visit the official website of VPNs to make sure that you have the most updated information.

Although Surfshark seems too good to be true, one of the drawbacks is the limited number of servers. Compared with other major VPN services, Surfshark only supports over 1,700 VPN servers. The good news is that they cover all the major servers like the US, the UK, Canada, etc.

Born in 2014 in Switzerland, ProtonVPN has its goal to make online privacy accessible to all.

ProtonVPN is a no-log VPN, they don’t track or record your Internet activity or data. It also integrates with the Tor anonymity network that brings your Internet security to the next level. ProtonVPN comes with a built-in kill switch feature that blocks all network traffic, in case of losing the VPN connection, your data won’t go through an insecure tunnel. They also only use VPN protocols that are known to be secure, even though the others are less costly to operate. Apart from Internet security, ProtonVPN emphasizes on physical security as well. Their critical infrastructure is located in a former Swiss army fallout shelter 1000 meters below the surface in Switzerland. All ProtonVPN servers have at least a minimum of 1Gbps bandwidth and many of them can utilize 10Gbps connections.

For Netflix users, ProtonVPN is available for German, the UK, and the US Netflix. Other than that, you can also access Amazon Prime Video, HBO Max, Hulu and so much more! However, you should always visit the VPN website regularly to make sure some certain streaming services are available.

ProtonVPN provides 4 plans for you to choose from. One of the drawbacks of them is full access to features is only available at the highest price level, which offers 10 VPN connections, unlimited countries, highest speed, etc. However, if you are a basic user, ProtonVPN also offers a free trial with 1 VPN connection and servers in 3 countries available.

Private Internet Access was founded in 2010. It has grown to be one of the world’s largest VPN services among the years.

Same as the other VPNs that we mentioned in this article, it doesn’t store your data by providing a no-log service. You can connect to PIA with up to 10 connected devices, which is very useful for your home network. To prevent intrusive digital ads, PIA also offers an ad-blocking service that blocks not only ads, but also online trackers and malware. If you want to exclude a specific software that can’t be connected via a VPN, PIA offers split tunneling, which allows certain programs to bypass the VPN.

According to a blog article, only the most in-demand Netflix libraries such as the USA, UK, Canada, and the Netherlands servers are unblocked when using PIA. However, bear in mind that Netflix reviews its blacklisted VPN servers consistently, so please do your research when you are considering purchasing a VPN for Netflix.

While PIA brings a lot of benefits to the users, one major drawback is the jurisdiction. PIA is a US-based VPN company, which is a member of the 5-eyes alliance. This is an alliance between the US, the UK, Canada, Australia, and New Zealand. The intelligence-sharing agreement shows widespread government surveillance of citizens’ online activity. Apart from 5-eyes, nowadays the agreement has been extended to 9-eyes and 14-eyes. Although PIA claims to be a no-log VPN, this intelligence-sharing practices should be one of your considerations when choosing the best VPN.

Based in Hong Kong, PureVPN was created with the motive of keeping online privacy intact and offering Internet freedom.

From 2006 to today, it is the only VPN provider with an arsenal of enterprise-grade security features. It is the best VPN for multiple countries (140 of them!) coverage. Apart from that, PureVPN offers a no-log policy and they are outside the jurisdiction of the 5-eyes and 14-eyes alliance, meaning that they have no legal obligation to collect users data. Same as the other major VPNs, PureVPN provides split-tunneling, which is perfect for you to choose which data to send through your VPN connection. They also protect your privacy and security in case your VPN connection drops by using an Internet kill switch.

With PureVPN, you can watch all 7 Netflix libraries, including the US, the UK, Australia, etc. BBC iPlayer, US HBO GO, Hulu and many more streaming services are also available via PureVPN. You can stream up to 4K content seamlessly.

PureVPN performs really well in some areas, however, the poor speed performance is a real issue in some reviews. One of the reviews showed that the download speeds drop from 160.39Mbps (baseline) to 2.01Mbps (PureVPN server in Amsterdam). However, you should always take those speed tests as a reference only. Different servers and devices will affect the speed performance of a VPN.

So Which VPN Should I Choose?


You see, every VPN has its own advantages and disadvantages. Before purchasing any VPN services, you should always do your own research on the various VPN providers websites, compare prices and features as a best practice. Take reference from up-to-date reviews of current or previous customers. Choose the one that best suits your needs according to the specific features you wish to get from a VPN. Also, keep in mind that our top 5 VPNs are not necessarily the same as your best 5 VPNs.

For The TL;DR Readers 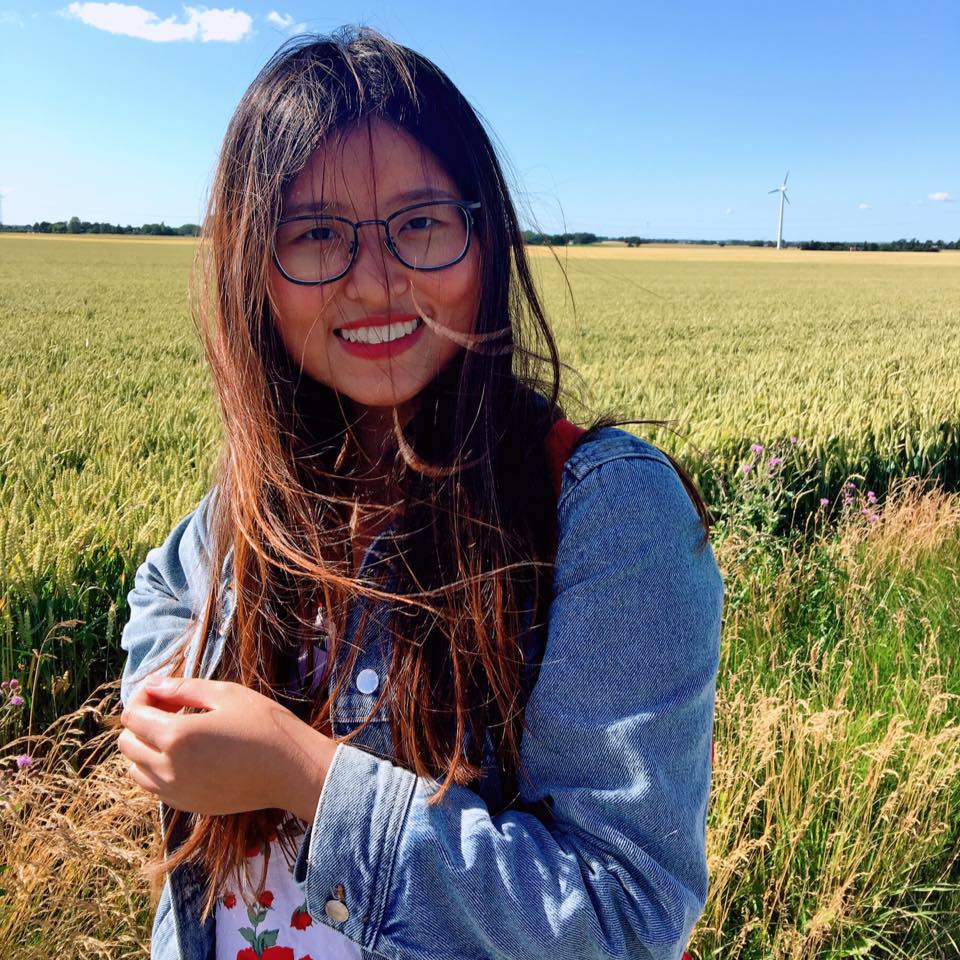 About The Author
Ruby Lo is a Hong Kong-based Digital Marketing Specialist at GL.iNet. As a technology and cybersecurity lover, she is passionate to share her ideas and tips with the visitors. Connect with her on LinkedIn.