What Is a Site-to-Site VPN

A site-to-site Virtual Private Network (VPN) is a connection between two (or more) networks. They can be used for a series of applications, in particular corporate networks and branch office networks. Many organizations and businesses use site-to-site VPNs to leverage an internet connection for private traffic as an alternative to using private Multiprotocol Label Switching circuits.

Site-to-Site VPN systems are frequently used by companies with multiple offices in different geographical locations that may require access or use of the corporate network on an ongoing basis. This could be a financial institution that needs access or communication across an organization or a manufacturing enterprise that requires precise timing and communication to ensure optimal delivery within its supply chain. With a site-to-site VPN, an organization or business can securely communicate via it’s corporate network with a remote office to share communications and resources as if it was 1 single network. 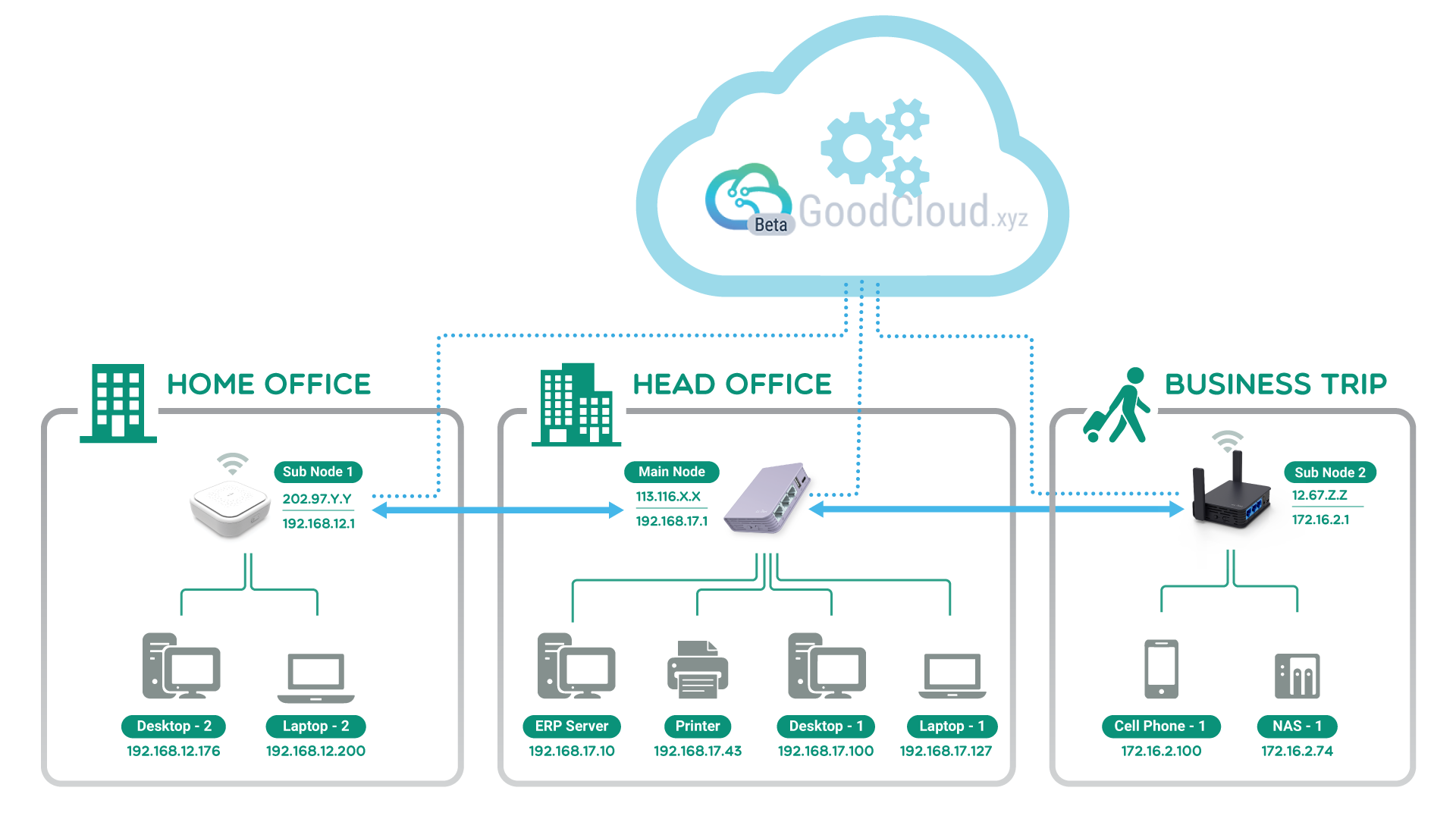 What are the Benefits of Site-2-Site Setup?

- Secure Connectivity: All traffic flowing over a site-to-site VPN is encrypted. This means that your organization's data is encrypted, protected from eavesdropping and modification.

- Access Control: Simply put Site-2-Site Users are “internal” users, with easy definition of any traffic not originating from inside the Network or entering via the VPN tunnel can be blocked from accessing resources.

After the previous description, some people assume site-to-site VPN and Remote Access VPN are the same thing. They do sound very similar but they serve entirely different purposes.

- Site-to-Site VPN service is a permanent connection, designed to function as an encryption link between offices (“sites”). This is typically setup with an IPsec network connection between networking equipment.

- A remote access VPN is a temporary connection between users and other networks (like company headquarters, etc). Typically users access a data center application. This connection can use an IPsec, but it is also common to use SSL VPN to set up and connect between a user’s endpoint and a VPN gateway.

More and more companies are facing the problem of efficiency and synergy between their teams, divisions, or partners. This affects both large and small businesses and organisations. Companies have limited resources and need technology to go that extra mile, providing a larger array of customization. Via GL.iNet’s GoodCloud S2S we provide a simple Software Defined Network Solution for multiple office collaboration, controlling costs while maintaining the highest levels of security, elasticity and automation. 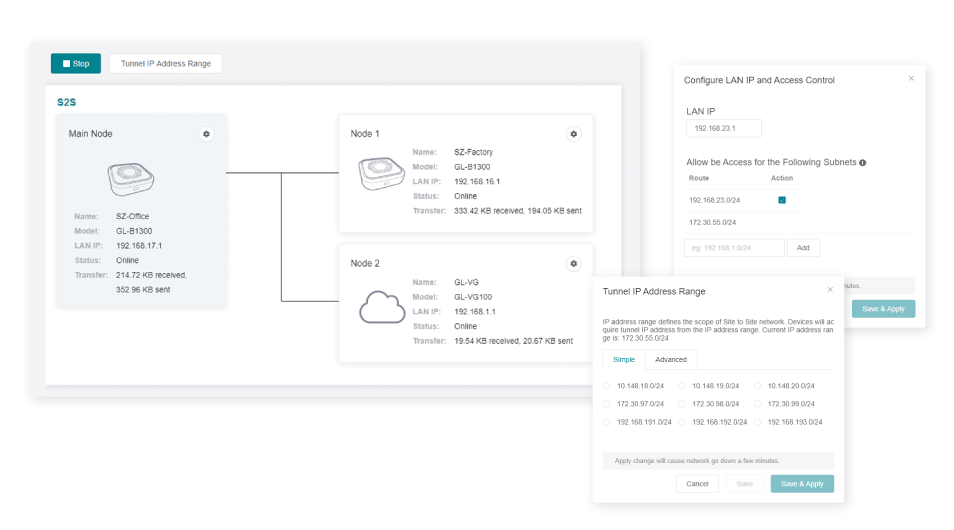 Easy Sites Linking - GoodCloud provides a simple and automatic way to link multiple networks into one without a sophisticated or complicated technological solution.

Security and Privacy - Network monitoring, notification and analysis are all included to allow for optimal security and privacy.